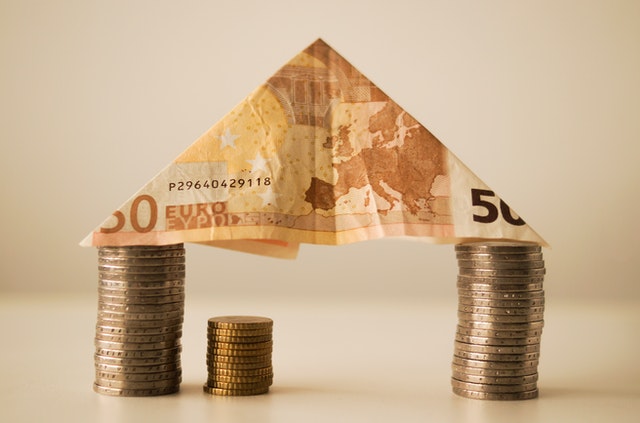 I read a really interesting article a while back. It was an interview with Salesforce founder Marc Benioff.

He’s had an interesting journey from workaholic salesman at Oracle to public company CEO. And he’s a billionaire who really puts his money where his mouth is when it comes to maintaining company values. He set aside 1 percent of his company’s shares to fund a philanthropic foundation, which exists to this day. He gave all of his employees time off each year to volunteer. He donated to causes including education, homelessness, and the San Francisco’s children’s hospital, to which he ultimately gave $100 million.

And in this interview, he brought up a term I had never heard of before: New capitalism.

So what is new capitalism? I Googled. And I was fascinated. So I had to share this with you.

Essentially new capitalism posits that for capitalism to thrive, the system needs to evolve to be fair, inclusive and sustainable.

Now traditional capitalism is all about trade and industry controlled by private owners for profit, rather than the state. It’s profit, profit, profit!

New capitalism keeps power in the private owner’s hands but maintains that profit cannot come at the expense of fairness and equality.

Profits = GOOD, but not at the expense of the other.

New capitalism is not socialism, it’s more of an altruistic and inclusive economic model.

Mark Beniof stated: New capitalism... means that employees can bring their values to work. And that businesses have to move this new capitalism — a more fair and equal sustainable way of doing business, that values all stakeholders as well as shareholders. And one of those key stakeholders is the employees themselves.

Many workers desire to see this continue as a wider transformation throughout the US economy. Believers in new capitalism stress that an egalitarian business model is a viable step up from a corporatist system that too often enshrines profit and greed, not workers and customers, as the overarching reason for existence.

Such a shift may seem indicative of a recession, but on the contrary. US unemployment is approaching half-century lows. Consumer confidence has revived. Yet many Americans still feel fearful or disillusioned. Why?

Experts say moneyed interests have encouraged trends that fuel inequality and resentment. These include attacks on organized labor, rising concentrations of corporate power within industries, soaring pay for executives, and trade policies that have protected elites while putting blue-collar workers at risk.

All this, coupled with the legacy of the Great Recession, has shaped a younger generation eager for economic change and whose collective voice may be large enough to have some impact. Many Millennials appear to have more interest in tempering capitalism than replacing it. It is this age group that’s most supportive of new capitalism concept.

So while capitalism is no where near dead, it’s evolving.

There are numerous examples of new capitalism ideals in practice already, which preserve corporate profits and increase opportunity and wealth for employees, suppliers, customers, and citizens. One big one is Patagonia and its founder Yvon Chouinard’s commitment to regenerative farming, paying small farmers a premium to supply it with sustainably grown cotton. Another is restaurants paying their servers a salary.

So! Kind of a heavy economics class topic, but fascinating and important. What are your thoughts on new capitalism?

Emily LaDrig is the Chief Execution Officer at Excelerate America, the fun, smart services for businesses looking to level up. Do you support new capitalist or find yourself supporting more companies that embrace its ideasl? Let Emily know by emailing her at emily.ladrig@excelerateamerica.com.