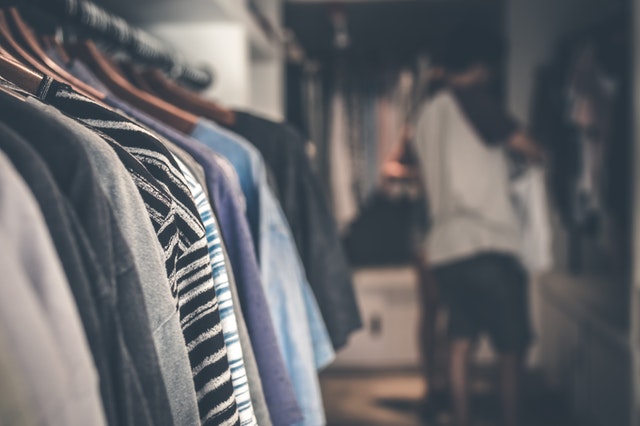 Scanning the headlines you’d be forgiven for grabbing a calculator, especially if you’re a retailer or real estate watcher.

Since the first of the year, announcements of store closures have come at a steady clip: 100 at Express, the entirety of Papyrus (254), 20 for Bed Bath & Beyond, 30 at Macy’s, 450 for Pier 1, and the four Opening Ceremony boutiques.

That last number is not huge, of course, but the shuttering of the brand’s retail operations shows a stressed retail environment isn’t exclusive to mall-based operators catering to the masses. Indeed, brands like OC, with its cool-kids’ aesthetic and even cooler designer collaborations, with its $420 relaxed trousers for men and $110 tank tops for women, aren’t immune from the headwinds battering mall and Main Street.

This pall over storefront retail, then, is all the more reason we — and I use that term in the general sense, whether you’re reading this in Detroit or Duluth, Dallas or Dover — need creative, spirited, ambitious merchants to take a risk, follow their passions, and recharge the retail space.

In Detroit’s New Center district, Angela Wisniewski, owner of Coup D’état, is doing just that. And as she reflected on her first holiday season, she shared what she’s learned in those early months, and what she anticipates going forward.

Opening Coup D’état, a women’s contemporary lifestyle boutique, was the embodiment of Angela’s lifelong ambitions. The Detroit-based stylist and social media consultant who’s created digital marketing content for retailers for a decade said, “I’ve always been an avid and conscientious consumer, but my career focused exclusively on marketing and brand strategy for retailers throughout the country … Coup D’état allows me to combine my professional experience with my personal passion.”

So, five years ago, she settled on the concept and the name. Angela explained, “The name sets the attitude of the store. It’s about rebelliousness and I identify with the phrase. It speaks to doing your own thing with style and not being dictated to … it’s about expressing yourself freely.”

She added, “I’ve worked in service and hospitality for years, and what keeps someone returning to an establishment is how they feel … with Coup, I want to connect with women and help them shape their wardrobe based not only on their likes, but their lives. How I dress is expressive and gives me confidence … I want other women to experience the same feeling.”

The daughter of a PhD and used car salesman, Angela said she brings an air of “blue collar chic” to her style and Coup D’état. That is, “there’s a bit of sexiness, a touch of utilitarian, some femininity and even sportiness … and full on confidence.”

“I woke up the day after the opening and realized, ‘I have to open the store … this is my life now.’ I sat for a few moments … ‘now the real work begins,’” she said.

For the first two months, she said, “I really didn’t have time to stop and think. I didn’t have any expectations and try to not attach myself to them.” Instead, she simply got busy. And busy she was, expressing satisfaction with holiday sales.

In the weeks since, though, she’s been finding her comfort zone. She tweaked the hours, for example, and even her buy for fall. The hours better reflect her customers’ shopping habits —Wednesday through Sunday 11 – 6, Saturday 12 – 4 — and the buy going forward won’t include footwear. “I heard from other small retailers that footwear is tough … I learned that … it’s tough to have a breadth of selection.”

She also came to a few realizations. “I’m not a foot-traffic shop, so I have to think more creatively about how I market the store,” she said. Among her ideas: collaborating with other merchants through pop-up experiences, hosting trunk shows at homes and generally “showcasing goods in nontraditional settings.” The neighborhood, abutting the northern fringe of the Cultural Center, is in the nascent stages of rebirth, with hundreds of new apartments either just opened or in the throes of construction, and the office blocks filling up. Until then, though, crowds on the sidewalks tend to be thin and weedy.

Angela believes she’s filling a niche in metro Detroit. “I’m curating an experience … a selection of goods that not a lot of people would consider putting together.” And, she’s confident the key to successful brick and mortar retail circa 2020 is just that: experiential.

“There’s a specialness and practicality to shopping in person, where a trusted shopkeeper has done her homework to bring together an uncommon collection of goods,” she said, adding, “Coup D’état is a place where women will want to come to simply hang out and visit … I promise there will always something fresh in store.”

Angela’s also thinking creatively when it comes to events. “I have a lot of opportunity to utilize the space and incorporate that into my business model,” she said. The space, by the way, lends itself to cocktail parties … it’s spacious yet cozy, and every fixture, every piece of merchandise, has been thoughtfully considered. For Valentine’s Day she’s hosting a Galentine’s party. “The theme is less about traditional relationships and more about loving yourself,” she explained.

And with her roots in social media, she makes productive use of the medium, “getting good traction from posts,” but acknowledges, “You can have all the likes in the world, but do they spend money?” Her answer, then, is to partner with shoppers to spread the word about the store, as Coup D’état brand ambassadors, so to speak.

Angela isn’t simply wearing many hats, she’s wearing them all. “I was just toast after the holidays,” she said, explaining she made a number of personal compromises. “The work is never done. I knew that … but did I know entirely? I didn’t … and still don’t, being only two months in.”

But she hopes to change that this spring by “bringing on someone in a significant way to help fill in the blanks. Someone with strong marketing and social media skills” who can take some of that off her to-do list. She also hopes to expand e-commerce operations. “I just haven’t had the capacity to push it,” she said. “Because I’m a small business, I don’t have the budget for a lot of things. It takes time to execute ideas.”

She realizes, too, that “the job doesn’t end when I turn the lock. I’m always on, always selling,” she said, acknowledging that some of her best awareness comes from simply being outside the store. “When I wear something [from Coup] people always ask where it’s from … I’m always on the clock.”

Finally, she shared news that some of her favorite local shops, nicely curated spaces, are closing shortly. “People shop differently today. They don’t engage with merchants … their ear buds are in … it’s just not the same environment,” she said. “As a new retailer it’s tough to hear when longtime stores close … I get cringy hearing that. But I’m optimistic. I don’t really have a choice to be anything but … my spring orders are arriving, I’m buying for fall next month …” she trailed off. The store was quiet, but Angela’s optimism, the specialness of what she’s created … spoke volumes.

No calculator needed to know what she’s doing adds up to success.

Edward Nakfoor is a Birmingham, Michigan-based freelance writer and marketer for small businesses. What are your retail start-up experiences? Contact Ed at edwardnakfoor@gmail.com.