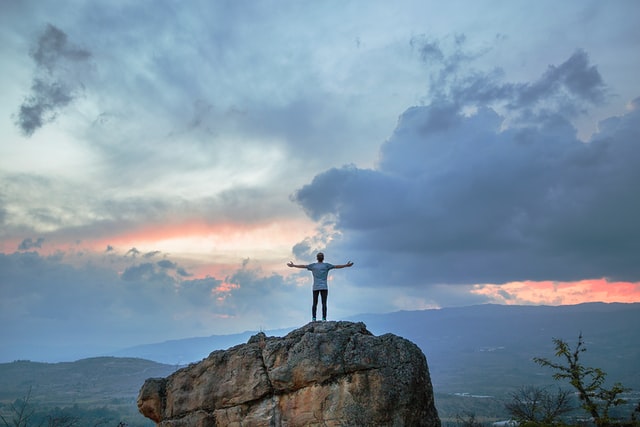 Many entrepreneurs are overwhelmed by the belief they have to start from scratch. They ponder on what they could do that no one has ever done before.

In other words, they think they have to reinvent the wheel.

Many successful small businesses did not start to become the behemoths they are today. Their startup ideas looked at bringing a product or service which they thought customers would need.

Their startup ideas started with what they knew.

They looked to their skills to bring solutions to their customers. At the same time, their startup ideas looked at what the potential is, what their product or service was, and if there is an opportunity to make a good deal of money in the long run.

Once they established their niche then they looked towards increasing the growth of their enterprise.

To prove that you can do it too, today I'm sharing a few stories of startups that started small and got big.

In 1995 Pierre Omidyar wrote the code for an online auction website called AuctionWeb in his living room. At the time Omidyar wanted to know what would happen if everyone in the world could access a single global market. To test this idea through AuctionWeb, he listed a broken laser pointer which he then sold for $14.83.

The eureka moment would soon become the first online auction site and renamed eBay in 1997. The platform makes consumer-to-consumer and business-to-consumer transactions a seamless experience.

In 1901, 21-year-old William S. Harley drew up plans to create a small engine to power a bicycle. Over the next two years, Harley and his childhood friend, Arthur Davidson, built their motor-bicycle out of their friend’s 10 by 15-foot wooden shed in Milwaukee, Wisconsin. It was the equivalent of a garage because they didn’t have cars.

They officially founded Harley-Davidson in 1903 and today it’s the most well-known motorcycle brand in the world.

Initially started by Ben Chestnut and Mark Armstrong, with Dan Kurzius joining later, Mailchimp is a marketing automation platform and an email marketing service. Founded in 2001, it initially began as a paid service and added a freemium option in 2009.

In the mid-1990s, Kevin Plank was a University of Maryland football player who was frustrated his cotton T-shirts couldn’t keep him dry and comfortable. Using $3,000 he earned from selling roses on Valentine’s day, he launched Under Armour in 1996. Plank started testing several materials to create his own athletic wear in his grandmother’s townhouse.

Today Under Armour, Inc. is engaged in the development, marketing and distribution of branded performance apparel, footwear and accessories for men, women and youth.

As a Pre-med student at the University of Texas in Austin, Michael Dell started puting together and selling upgrade kits for personal computers. In 1984, 19 year old Dell took the big leap and started manufacturing PCs using a $1,000 investment from his family.

Hopefully these company stories inspire you to take the leap. Start small and grow with what you know. You never know where you'll end up.

Heidi Wilcox is a Director of Market Development for Excelerate America, the ultimate one-stop shop for entrepreneurs. Have a business idea that you'd like to share with Heidi? Email here at heidi.wilcox@excelerateamerica.com.