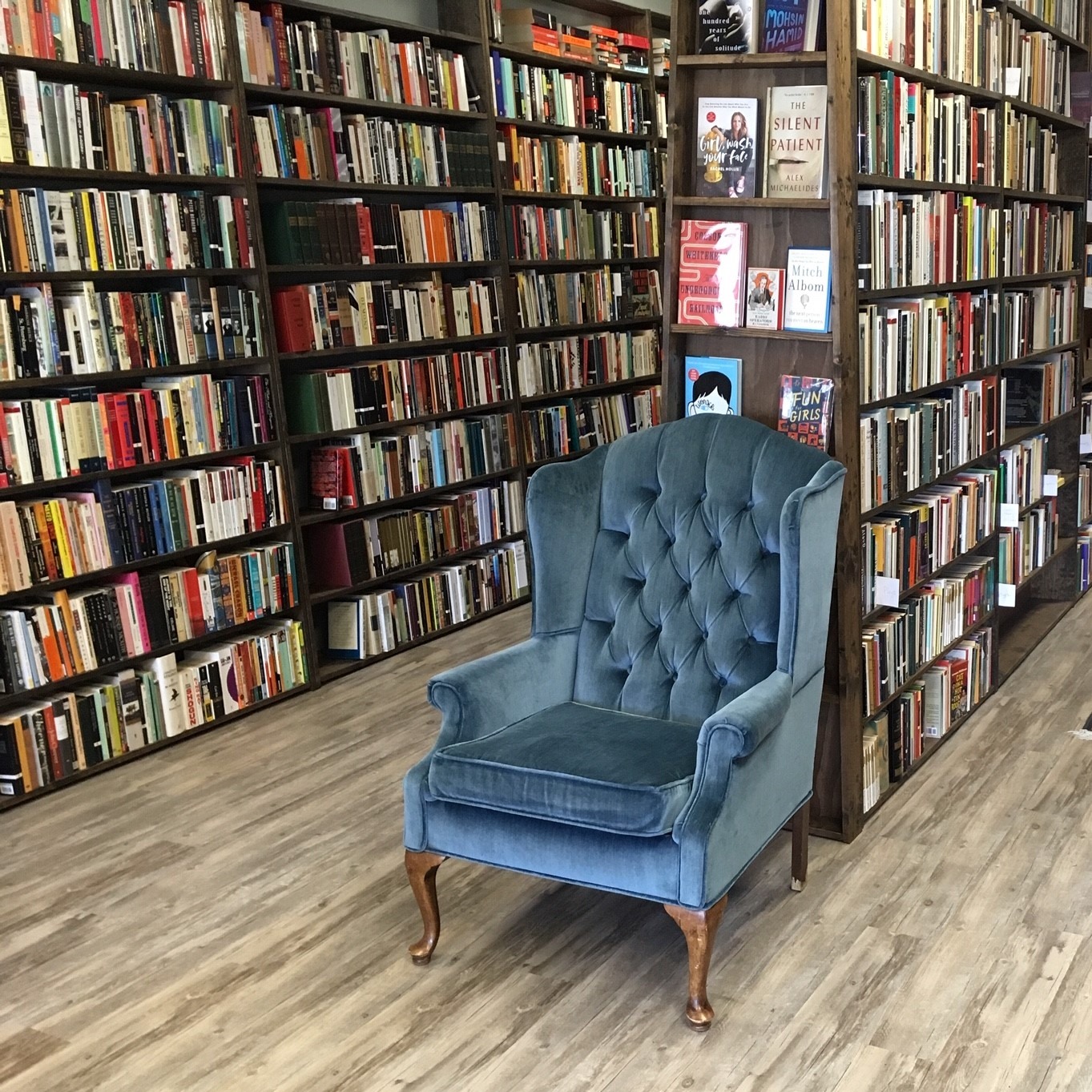 Uli Laczkovich sells wellness products and tea. Robyn Coden sells women’s apparel and accessories. Luke Janes sells new and used books. Three independent merchants in downtown Berkley, Michigan. One singular moment: a reopening of commercial enterprise following a global pandemic. On the surface they don’t share much in common, what with there being no overlap in their respective inventory of immunity boosters, handbags, and copies of “The Catcher in the Rye,” respectively.

But spend an afternoon in their stores — brimming with personality — as I did recently, and you’ll realize one item … one idea … does overlap: hope.

After months without ringing up sales, and plenty of hand wringing, I expected their moods to be glum. Initially, I reasoned their upbeat demeanor was inspired by the picture-perfect day: a cloudless sky hosting a gentle breeze, and that breeze carrying the scent of trees in bloom. No, they’re genuinely hopeful for the future.

A Prescription for Successful Retail

Before meeting the merchants, though, I learned how the downtown district supported each during quarantine and in preparing to reopen.

Jennifer Finney is executive director of Berkley’s Downtown Development Authority, the organization charged with its marketing. During quarantine her office surveyed businesses to learn about their challenges and needs. “We wanted to know who needed funding or legal support, and how we could help with their marketing,” she explained. Her office also communicated each new executive order with the district’s 188 businesses.

She spoke with merchants days prior to opening and said they were ready. “They’re excited, lots pivoted during quarantine, others saw customers by appointment … they especially missed interacting with customers.” She said, too, that while some stores were planning small “reopening” events, the district is planning larger promotions for July and August.

One of those excited merchants is Uli Laczkovich, owner of Ullman’s Health and Beauty. The store feels at once wonderfully familiar and excitingly new. Sun pours in, it smells wonderful … it’s a modern day apothecary meets corner store. You wonder why there isn’t one of these in every neighborhood. The store sells skin care products and immune boosters, first aid and travel items, and natural cleaning products. And varieties of loose teas  are available for purchase. They’ll even brew a cup for you to enjoy on the go.

“Tea,” Uli points out, “is also a wellness product.”

Uli said the store remained open during the entirety of quarantine, and that its website was busy. “But what I learned is that people use the website to discover who we are, what’s in store … and then come in to buy,” she said.

She also learned to be flexible with suppliers as certain products, like plant proteins and vitamin supplements, became in short supply. “Suppliers had trouble getting raw ingredients … we’d offer customers alternatives, even if not our first choice … but they were always understanding,” she said.

Customers were also gracious. Uli said many came to buy something, anything, as a gesture of support. “They’d tell us ‘We don’t want you to go away,’ they have gratitude, they want us to be here” she explained, adding, “We have to be optimistic.”

Across the street, Luke Janes was prepping his Toadvine Books in anticipation of reopening, albeit with limited hours and strict social distancing rules in place. The cozy shop celebrated its year-anniversary in May and is a wanderer’s paradise; when’s the last time you browsed a book store, and spoke to an actual bookseller?

Luke explained Toadvine was just getting its footing when the pandemic hit. But he found a bright side. “I was able to find my footing with the support of the neighborhood. The residents want me to succeed, they were ordering more than they would have … they wanted to ensure my survival,” he said.

Despite some customers expressing trepidation about shopping in person, Luke shares his neighbor’s optimism for the future and appreciation for the community. “Even though I’m a new business I’m grateful and humbled by the support I’ve received … people really do care and that inspires me,” he said.

A few blocks away, Robyn Coden’s Sum Girls Boutique was in the throes of preparing, too. A newly installed sheet of plexiglass is on the cash/wrap desk, and hand sanitizer stations will greet customers at both entrances, as will a table offering facemasks and gloves. An air purifier was installed, too. As for the merchandise, “we steam anything that’s been tried on and quarantine it for a few hours,” Robyn said, adding, “and when consignment pieces come in we’ll quarantine those for a few weeks.” Further, the store will limit the number of customers and operate with truncated hours.

Robyn’s quarantine experiences mirror her colleagues. That is, the store’s website, for example, was used mostly as an informational portal for customers. And, similarly, she said her customers “were nothing but supportive,” even calling to check-in on her well-being. “They’re rooting for us.”

Finally, Robyn admits being a merchant today has no shortage of challenges, what with the upheaval facing all of retail. So, who could blame her for being pessimistic? But … her optimism is hard to contain.

She said, “I’m an optimistic person, what’s the alternative?”

Edward Nakfoor is a Birmingham, Michigan-based freelance writer and marketer for small businesses. How is your business preparing to reopen? Contact Ed at edwardnakfoor@gmail.com.

Connect with downtown Berkley at @DowntownBerkley.

Stay up to date with our newest collections, latest deals and special offers! We announce new collection every three weeks so be sure to stay in touch to catch the hottest pieces for you.

Thank you! Your submission has been received!
Oops! Something went wrong while submitting the form.